“In tasks involving decision-making in complex systems, humans have a tremendous advantage over robots” 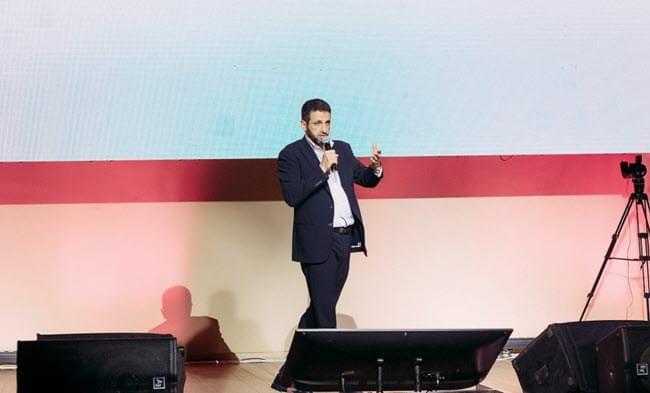 Experts in digital law, venture capital investment, consulting, urbanism, and government initiatives who spoke at the IPQuorum International Strategic Forum explained the role humans and their creativity will play in the digital age. “Human capital and human resources are different things. And if we have learned how to manage human resources somehow, we are yet to deal with the capital,” says Andrey Krichevsky, president of the IPChain Association. Yakov Livshits, founder of several international IT companies (xCritical, WizardsDev, Global Cloud Team, and others) and DevEducation International IT College, comments:

“The fourth industrial revolution is a serious matter. And we’ve read Klaus Schwab’s book about it. But the fourth industrial revolution does not mean that robots will replace humans entirely. Yes, the future is in technology, but I’m sure HR won’t die out either. In terms of professions associated with mechanical labor, with routine work, with the production of a typical, mass product, batch operations — yes, the automation of batch, conveyor production in various segments will soon replace human labor, reducing it to a minimum, to the function of controlling machines. And new technologies, such as 3D printing, will also very seriously affect the configuration of jobs in entire industries: textiles, petrochemicals, engineering, and many others. It is happening already. The Internet of Things has already greatly changed production processes and ways of life.

Nowadays, industrial, financial, retail, and other companies position themselves as IT companies, and this is largely justified.

But on the other hand, despite all the technological sophistication of modern industries, the growth of automation and robotization, it is still most difficult to find a good salesperson, marketer, creative communicator, and other people who can generally be classified as creative professionals. Companies develop perfectly; they all have great products and solutions, but it’s a challenge to get their implementation, promotion, and monetization of the business up and running. And programs and robots can help with this, but they cannot replace humans. After all, the product consumers are not robots but people, with their emotions, preferences, and habits. Everyone has their own head on their shoulders, their whole universe of ideas. Therefore, at the same time as robotization wins in some areas, the role of communication, human interaction in project teams, interpersonal communication, and creative initiative is increasing in others. That is why investment in human capital is as important as investment in technological development. Robots can’t set themselves a task without humans.

Russia is also actively working in these processes, predominantly in the cluster cities, where the main competences of human creativity are concentrated. In addition to Moscow and St. Petersburg, there are Kazan, Yekaterinburg, Voronezh, Novosibirsk, Tomsk, and other cities where intensive technological transformation is taking place at different levels, and there are powerful academic and resource centers for human capital development. However, due to the size of the country and the uneven distribution of resources, including human resources, of course, Russia has room for improvement in this regard.”

The original article can be found at https://fedpress.ru/expert-opinion/2333982